We were commissioned to produce a commemorative book to mark the extraordinary redevelopment of Guy’s Tower, the world’s tallest hospital.

Forty years since its opening, the building was in pretty bad shape, and needed a complete architectural overhaul. The project brought together a team of specialists to give the tower a new lease of life. These were: lead contractor Balfour Beatty, project managers Arup, architects Penoyre & Prasad, with Essentia tying everything together.

Certain architectural changes were fundamental, such as replacing concrete facades and dilapidated windows. However, an ingenious series of panels were used to clad the tower, which were not only decorative, but retained heat and strengthened the facades.

The book design integrated this feature – the cover extends and wraps around the text block mirroring the cladding and its forms. Details, such as binding and stitching are left on view to reveal its workings. We commissioned inspiring architectural photography, trawled the archives, worked with Jim K Davies on the words, and managed production through to delivery. 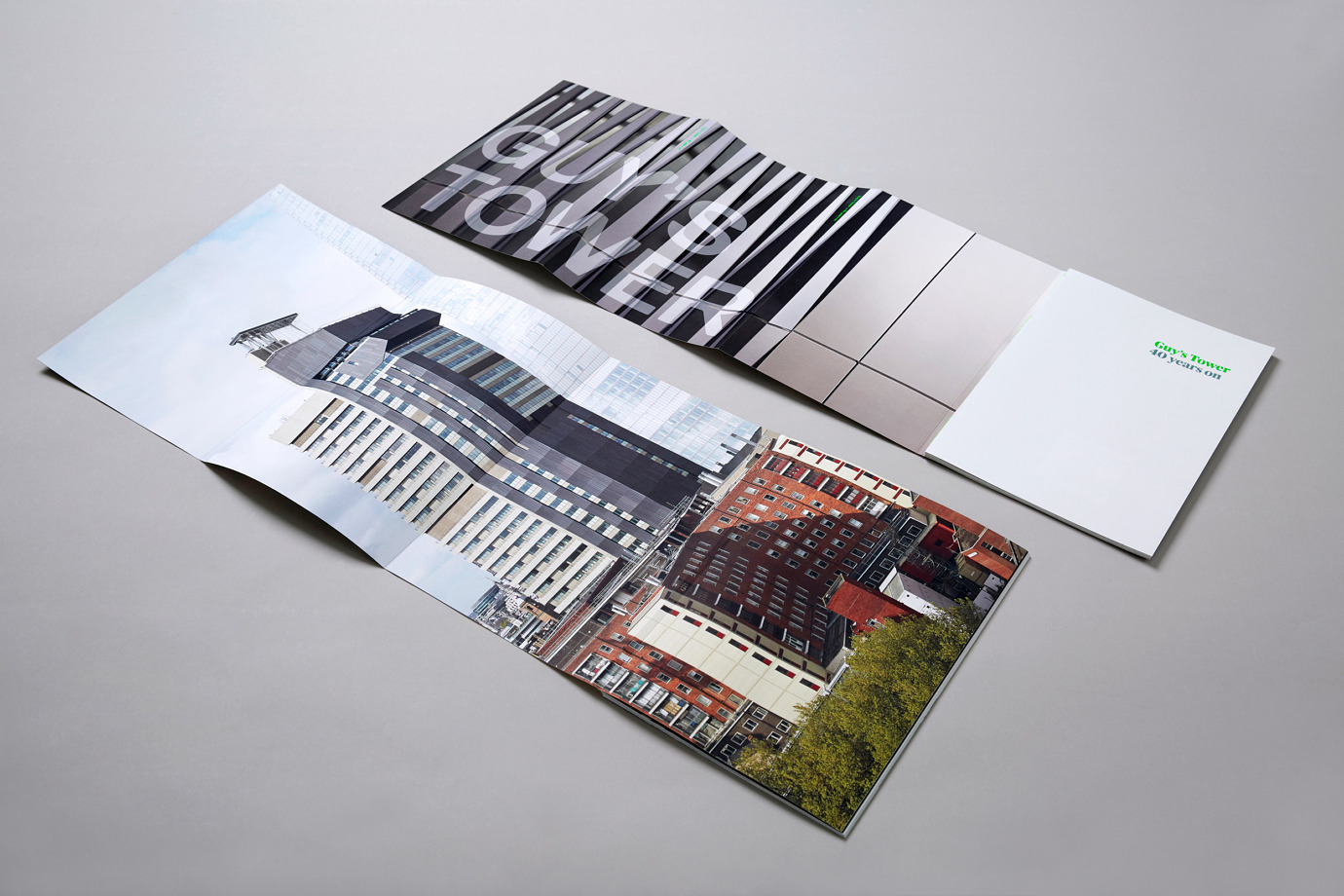 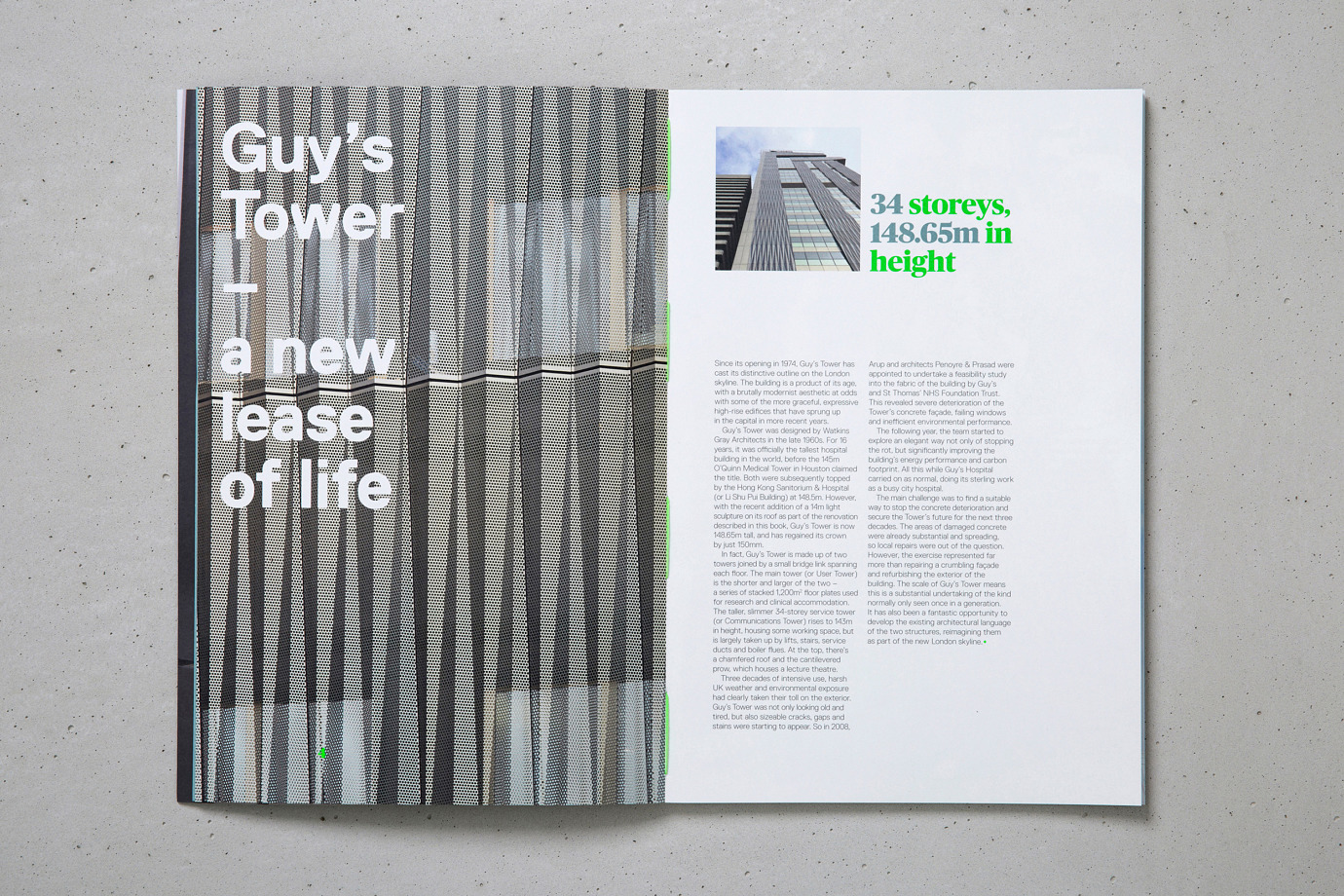 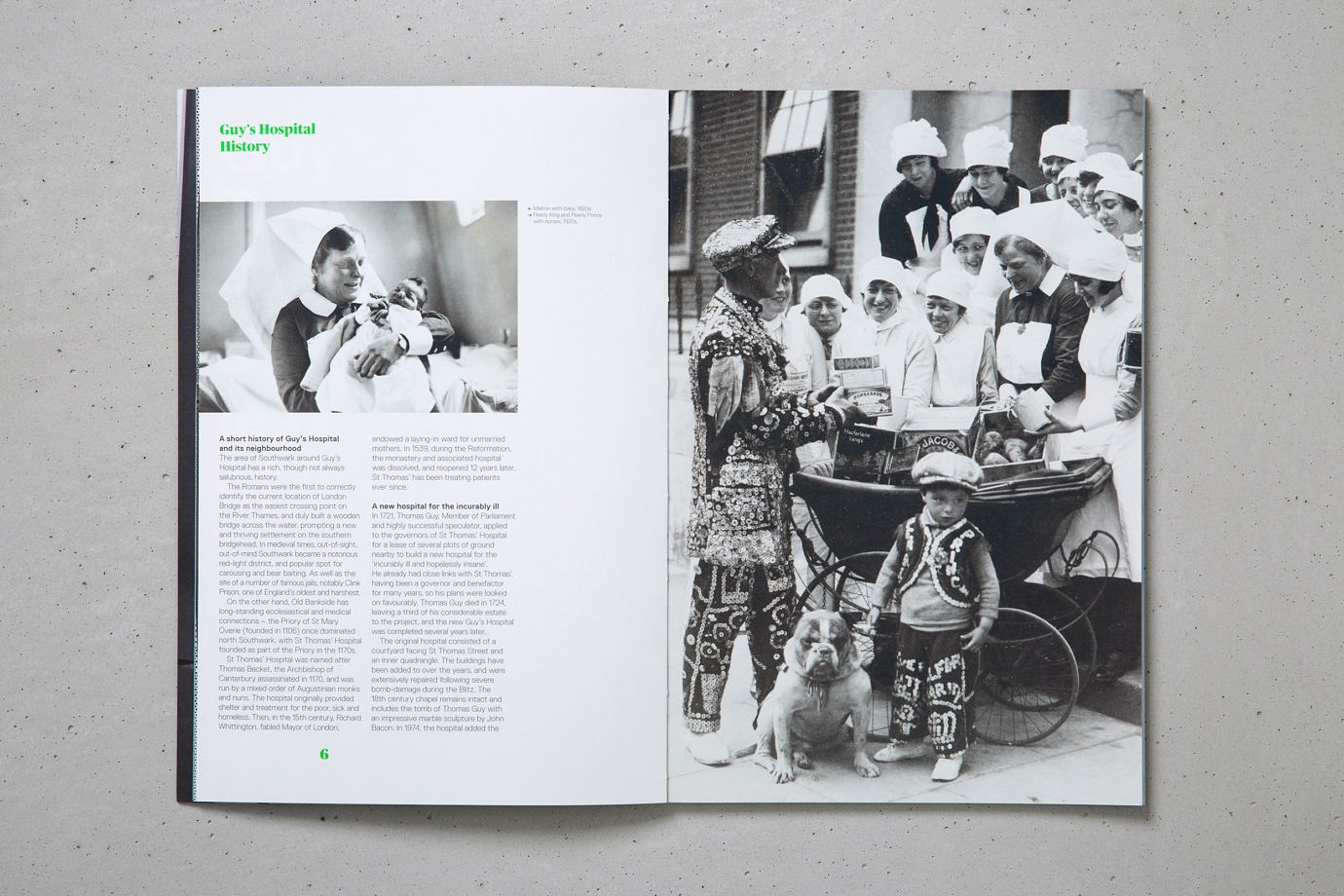 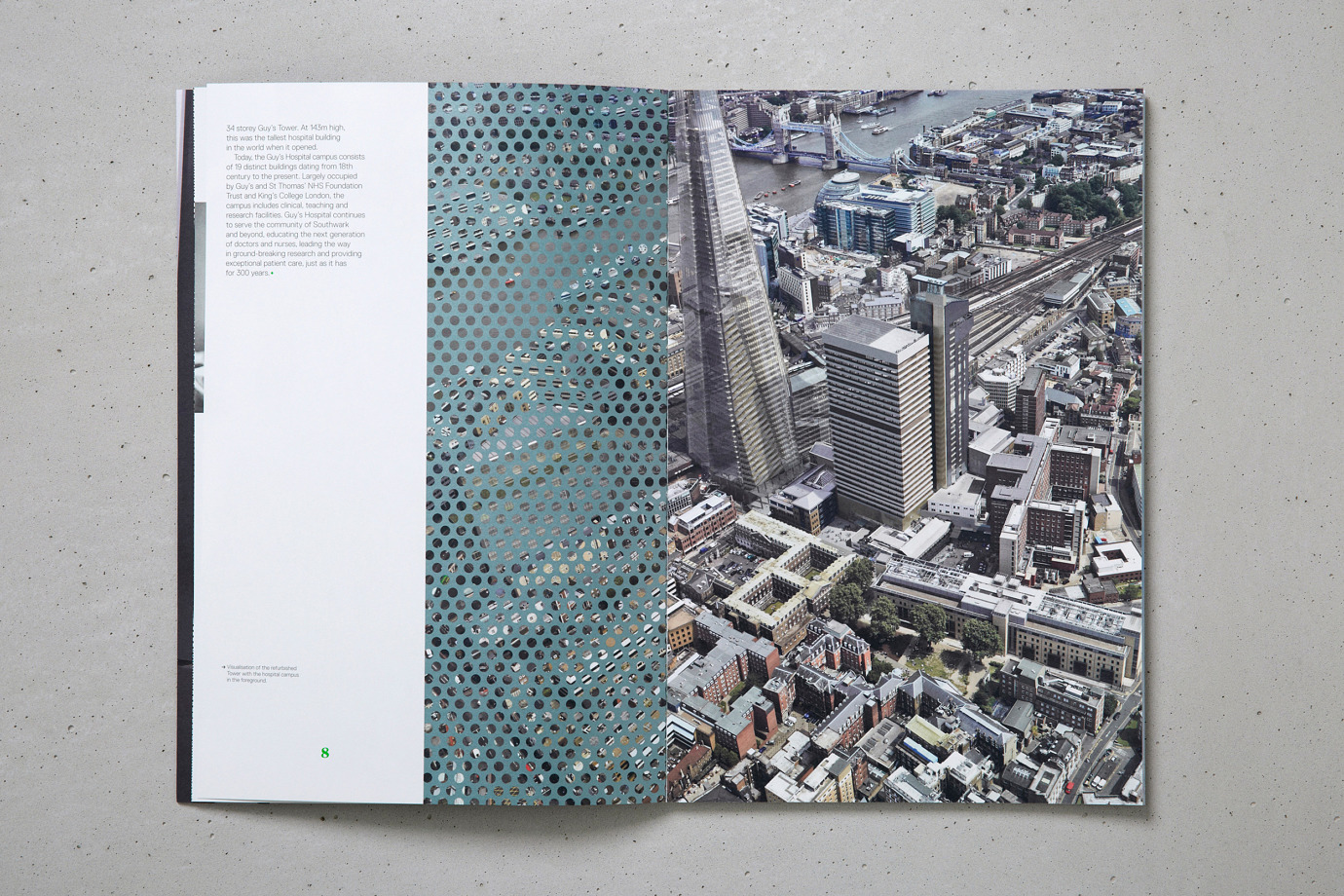 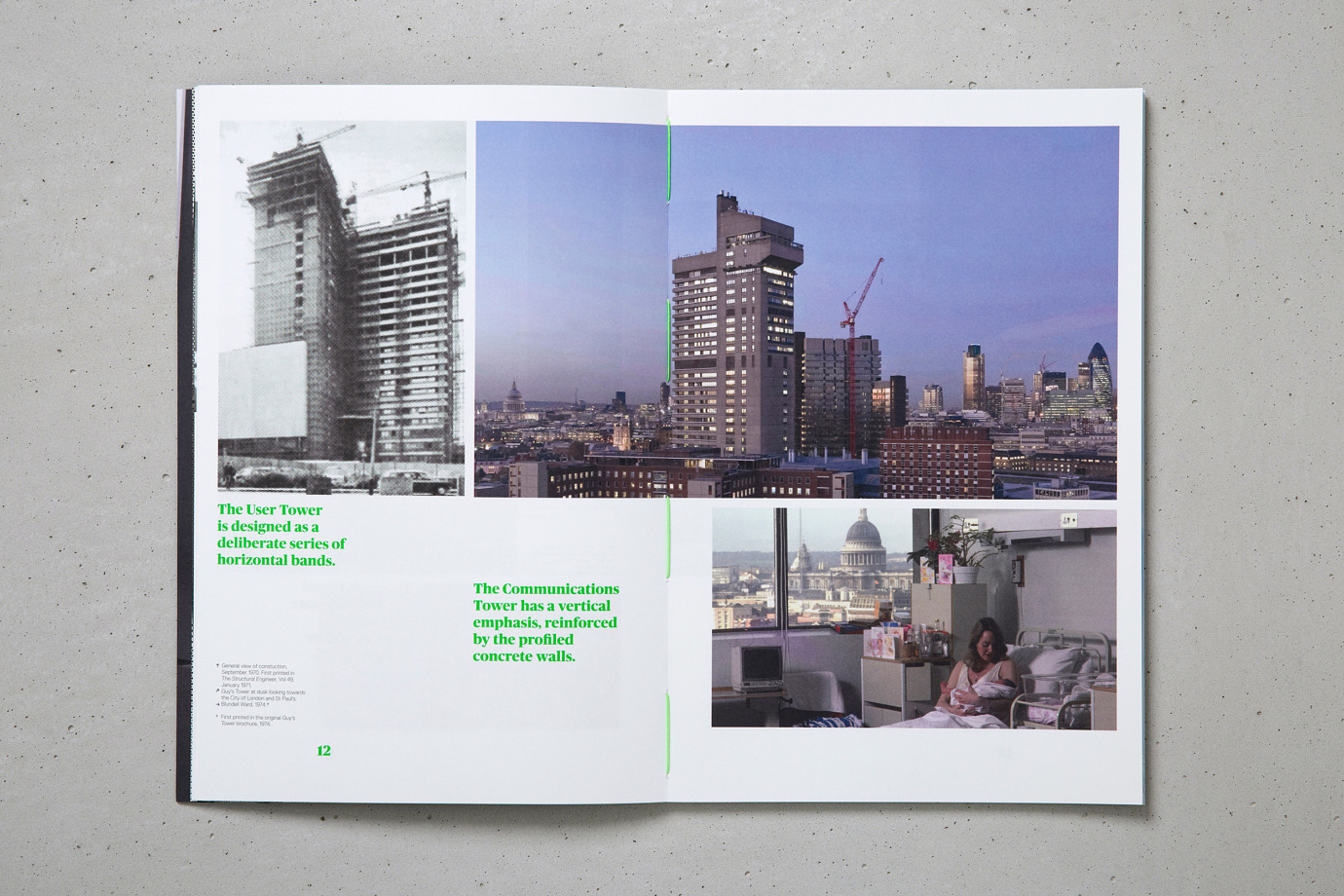 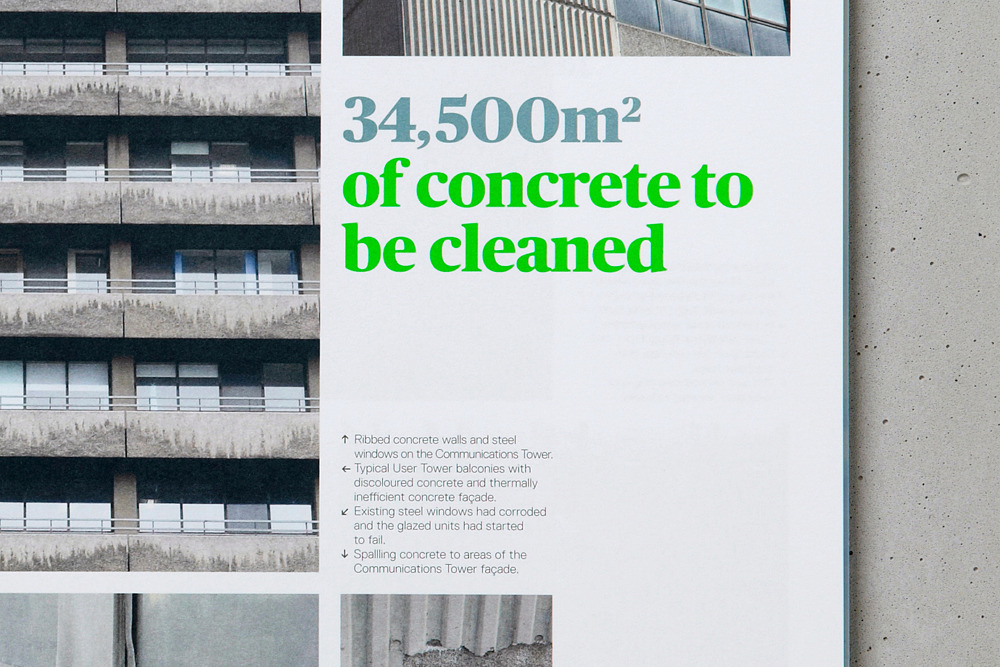 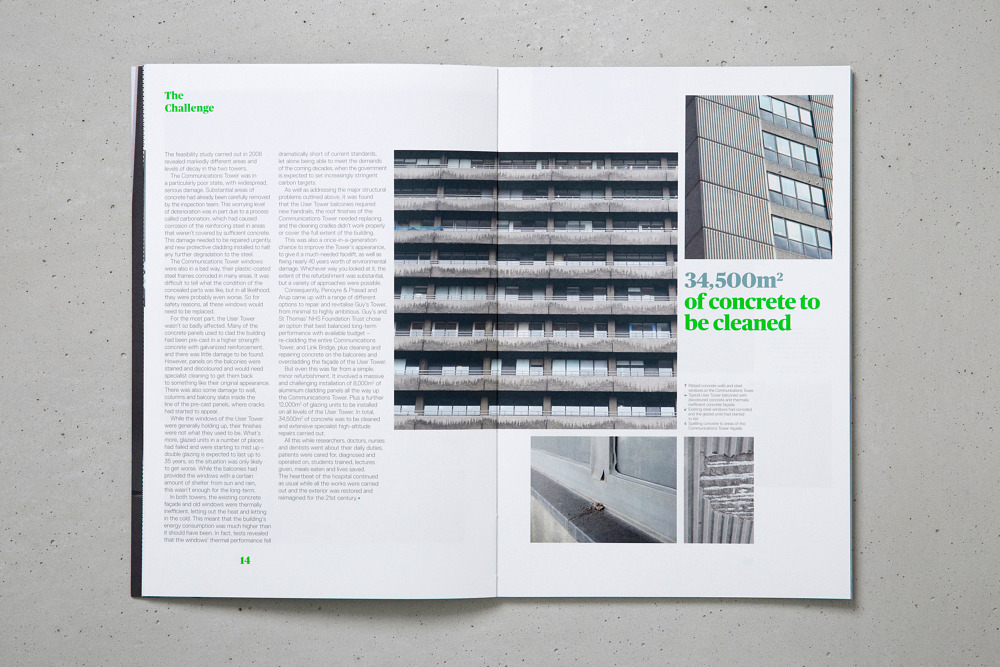 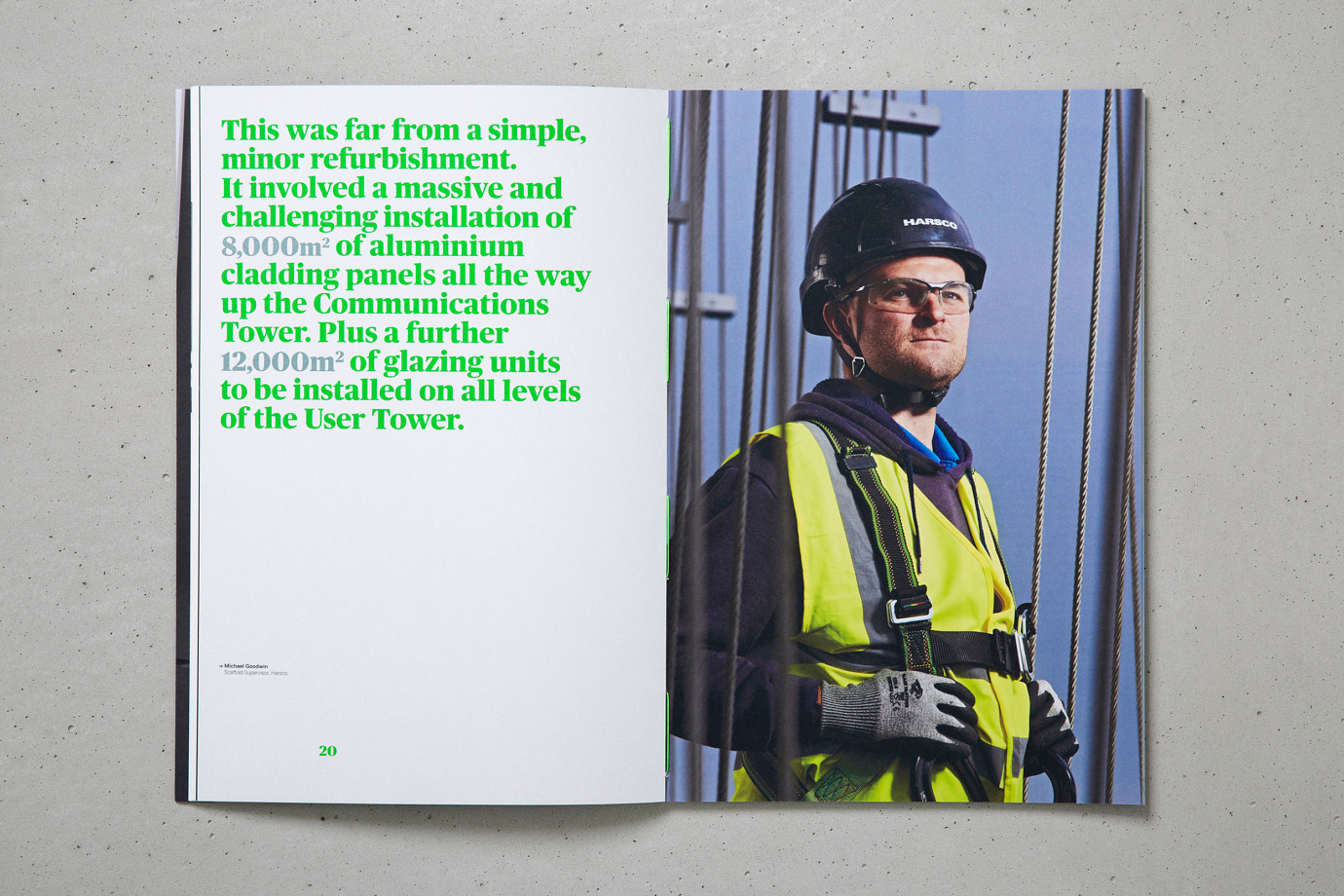 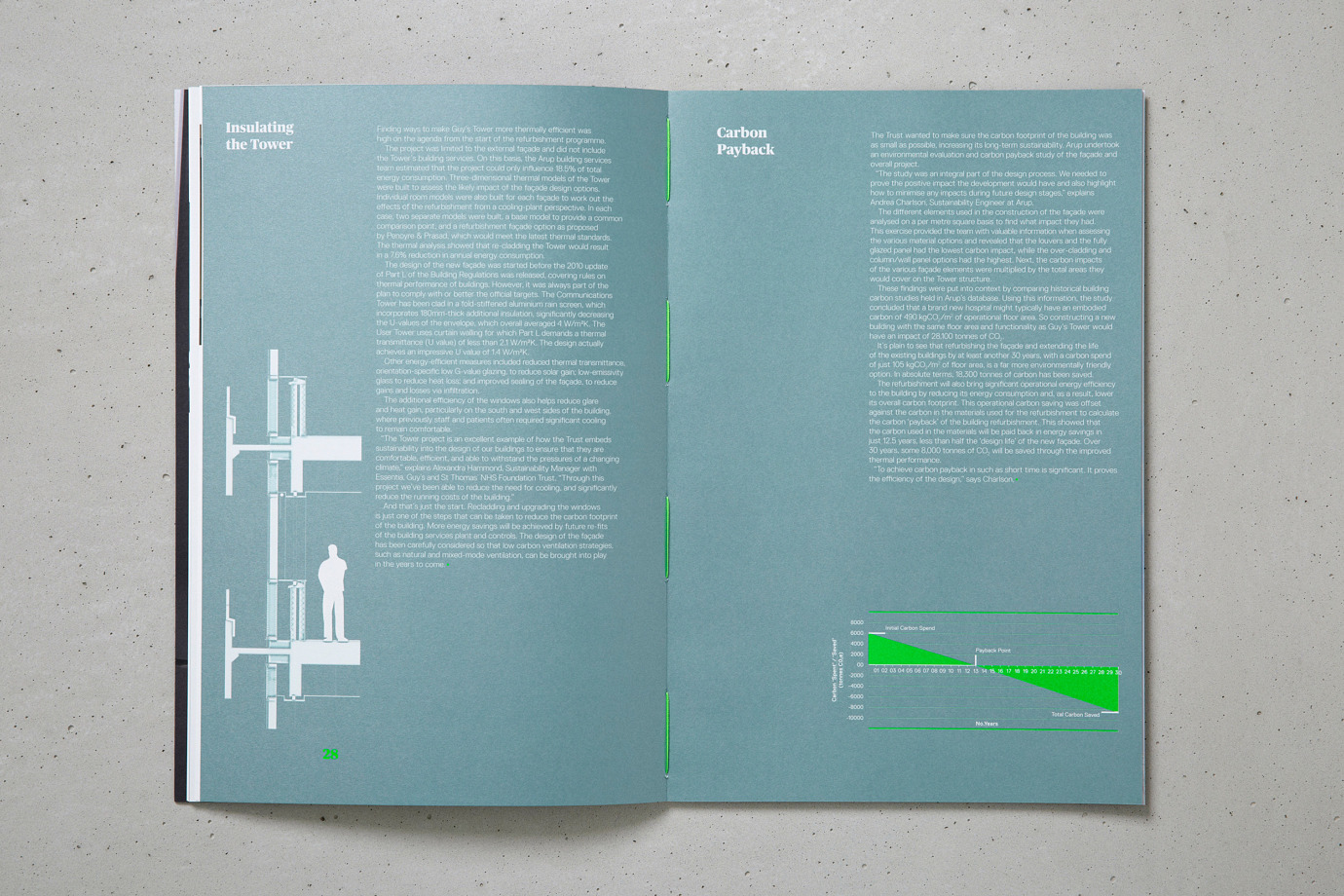 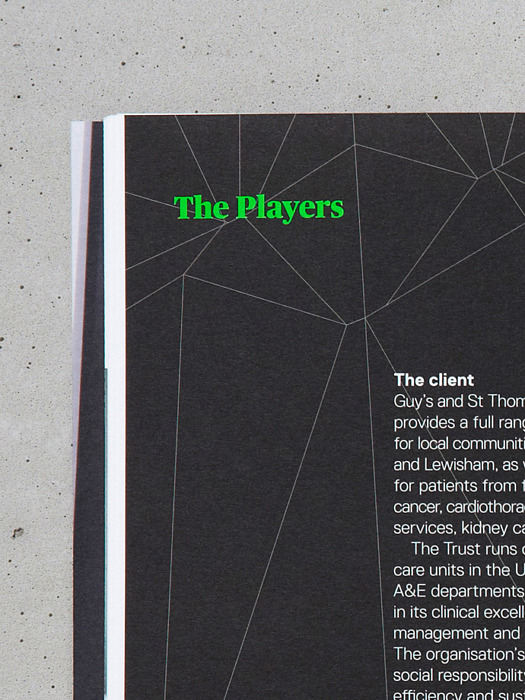 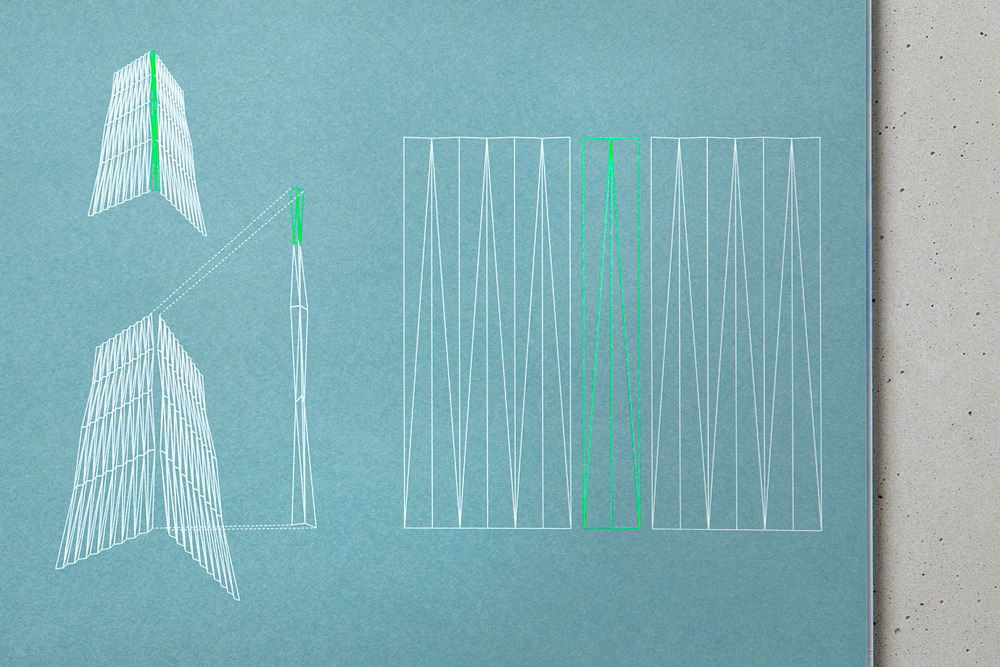 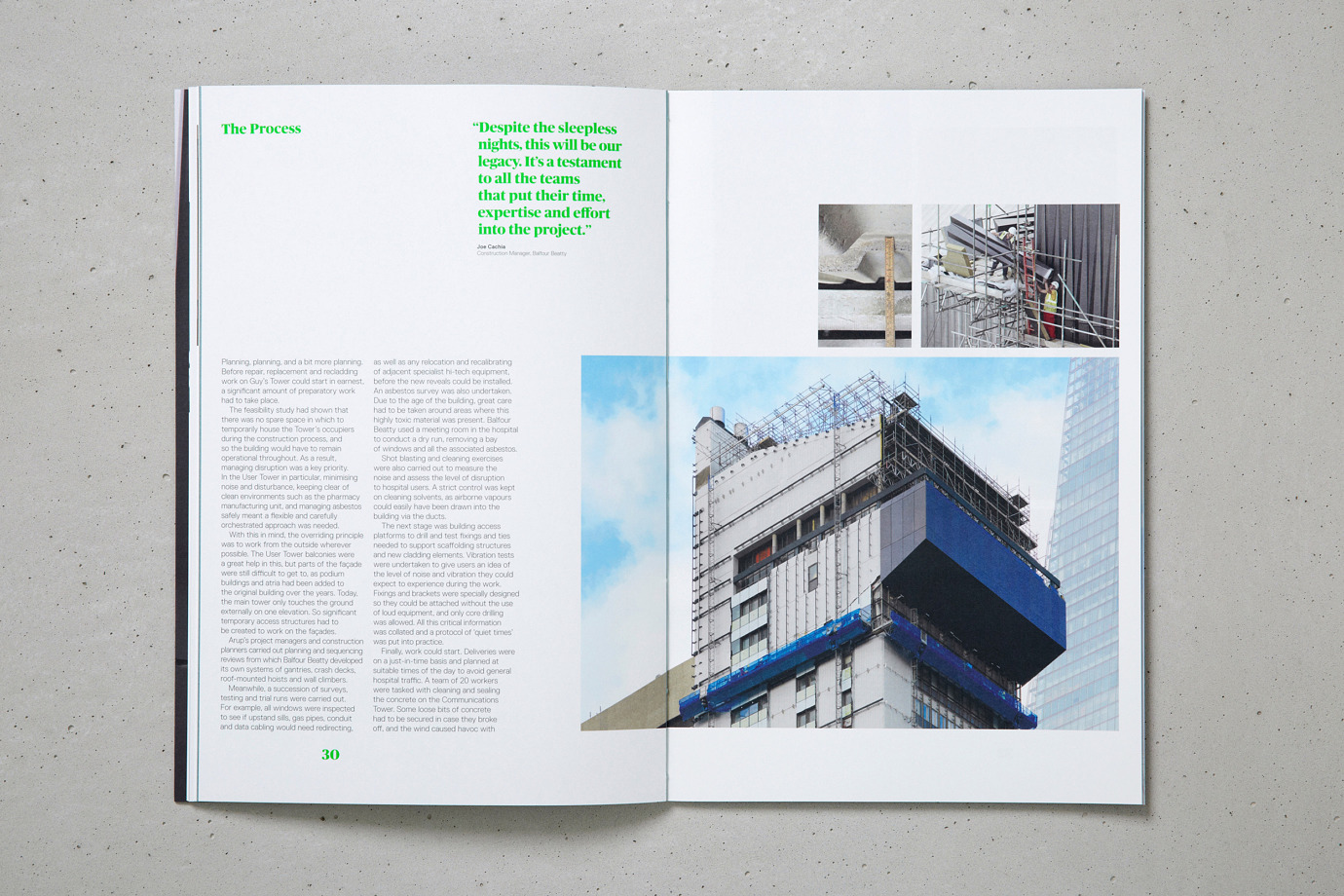 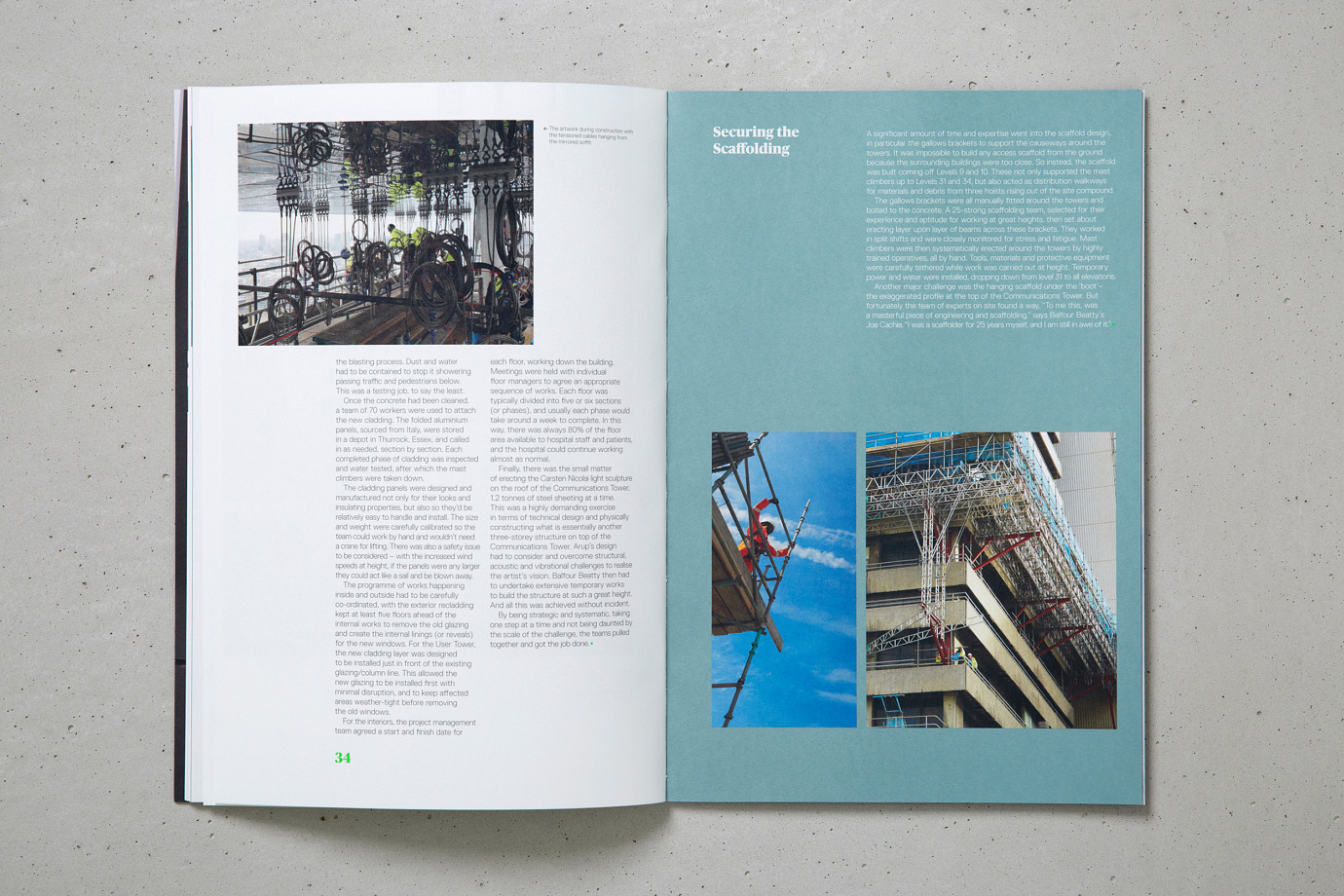 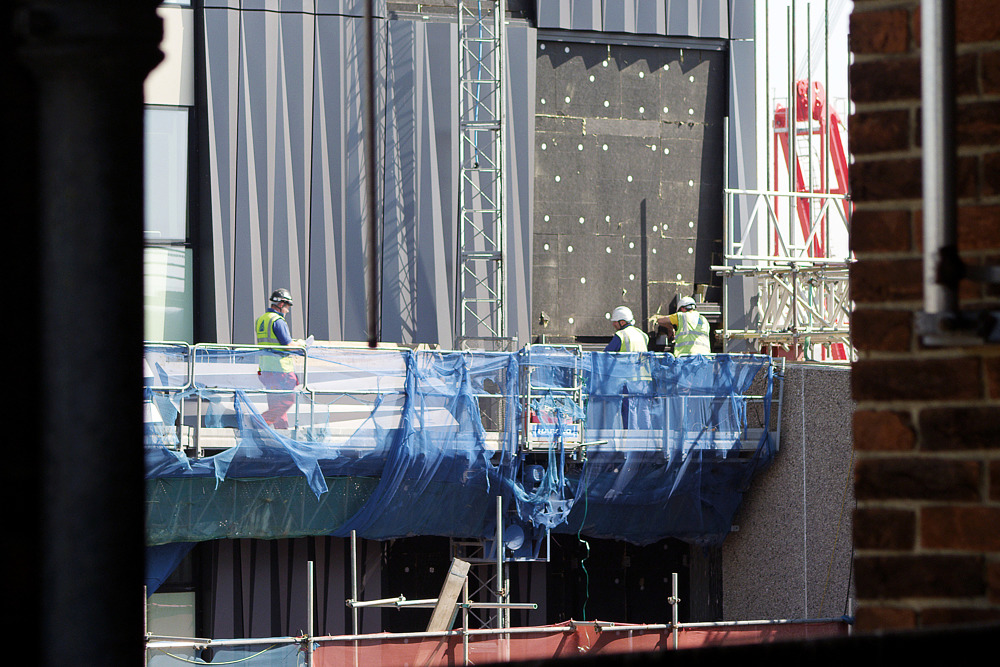 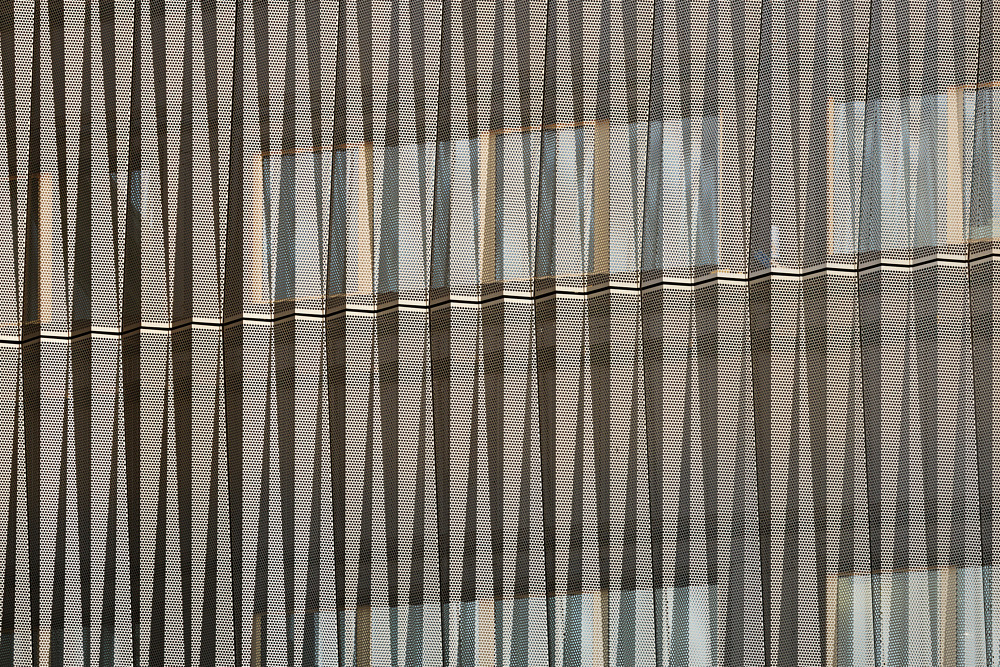